A short history of Celyn Villa 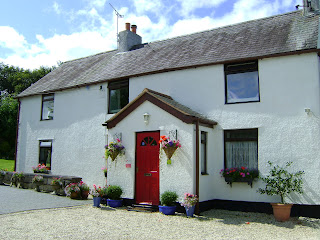 The deeds of Celyn Villa go back to 1855 but it may be older as it is found on older local maps. Originally two cottages we can only find it from the 1891 census when it seems that just like today Celyn Villa had paying guests. The head of the house was listed at a Mary Jones, her daughter Elizabeth a spinster of 30 years, her son William aged 28 an agricultural labourer and two Lodgers John A Bush aged 63 a Widower and Retired Merchant and Margaret E Robinson aged 30. Moving onto the 1901 census Mary Jones was still at Celyn Villa and was aged 77, her daughter Elizabeth was still at home and still a spinster aged 42 - there was one lodger Emma H Adcock aged 58 a School Teacher plus a General Servant Ann J Edwards aged 19 years. (Poor girl it must have been hard work looking after everyone.) 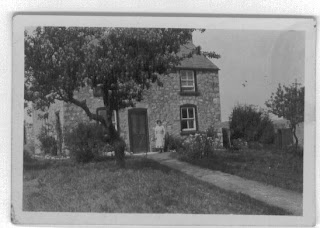 Since then we know that Celyn Villa has been a small market garden, a small haulage business, the local Manse and the village post office. Its main claim to fame is that the aunt of Emlyn Williams (Welsh dramatist and actor 1905-1987) ran the Post Office during the 1930’s and it is said that he was a regular visitor.


In November 2009 we had visitors from the family who lived at Celyn Villa during the 1940’s and they supplied the old photos of the house. They were thrilled when they found out we were now a B&B and during their stay we invited our elderly neighbour in to meet them as she remembered playing with the son and their mothers had been best friends.

It was then sold on and we know the same family lived here for two generations until we brought it in 1986.
Of the many lovely comments we have received over the years from friends, family and guests one is consistent ' It’s a friendly house, very peaceful and calm' .  This could be attributed to the lay lines which we have been told pass through the property or just luck. 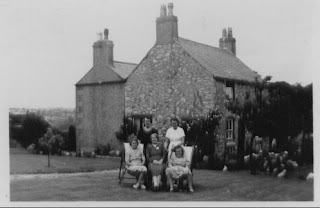 Allegedly we do have two resident ghosts according  to a medium who stayed with us a few years ago. One, an old man sitting in the corner, and the other a little girl who follows me about all day and loves it when I am cooking. Well Les and I haven’t seen or felt any ghosts and if they are here they are very friendly - although our daughter does remember seeing an old man sitting in the corner of her bedroom when she was a young child! I wonder if it was John Bush the retired Merchant.