'We had a nice March' 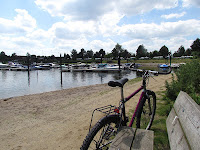 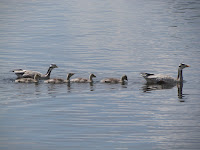 On our recent holiday we took the caravan over to France and then drove up to the Dutch/German border to a lovely little place called Well in Limburg. We camped right by a lake Leukermeer for about 8 days and spent some time with both my sister who was also visiting the area and my cousin who lives just over the border in Germany.
We had mixed weather – when I say mixed there was some sunshine mixed in with the rain and the thunder storms. And despite the weather we had a lovely time. Holland is so clean and tidy and flat so we took the opportunity to do quite a bit of cycling. Everyone cycles in Holland form the very young to the very old and it seems that bicycles have the right of way on most roads. Cycle routes are everywhere and every route that we took was well signposted and picturesque. 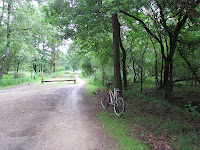 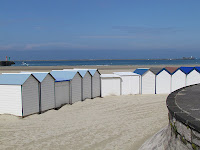 We also spent the last few days just south of Dunkirk; we were pleasantly surprised at this lovely part of France. We like most people had only previously driven through to get further south, but it is certainly worth a look. We spent a memorable afternoon touring the Blockhaus at Eperlecques close to where we were camped. This was the site where the Germans were planning to launch the V2 rockets during the 2nd world war. Luckily the Brits bombed it and stopped that little game. But it was an incredible place still full of eerie atmosphere and an engineering feat that has to be reluctantly admired even after all these years. 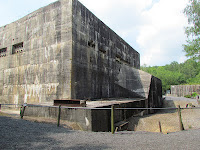 Back home in Wales I can’t say we have enjoyed any better weather than whilst we were away. Although I know it’s not my fault, but I always feel bad when guest arrive in bad weather. However I don’t feel quite so bad now. It seems that the weather is pretty bad throughout most of northern Europe. Everywhere we went it was commented on and in Holland we were told ‘We had a nice March’, ‘so did we’, I said. In German we were told ‘We had a nice March’ and of course in France we were also told ‘We had a nice March’.
Please can we have another nice month or even two? July or August or even September, but let’s hope that the whole of the year doesn’t go by without another ‘nice’ one.
Posted by Paulene at 08:36