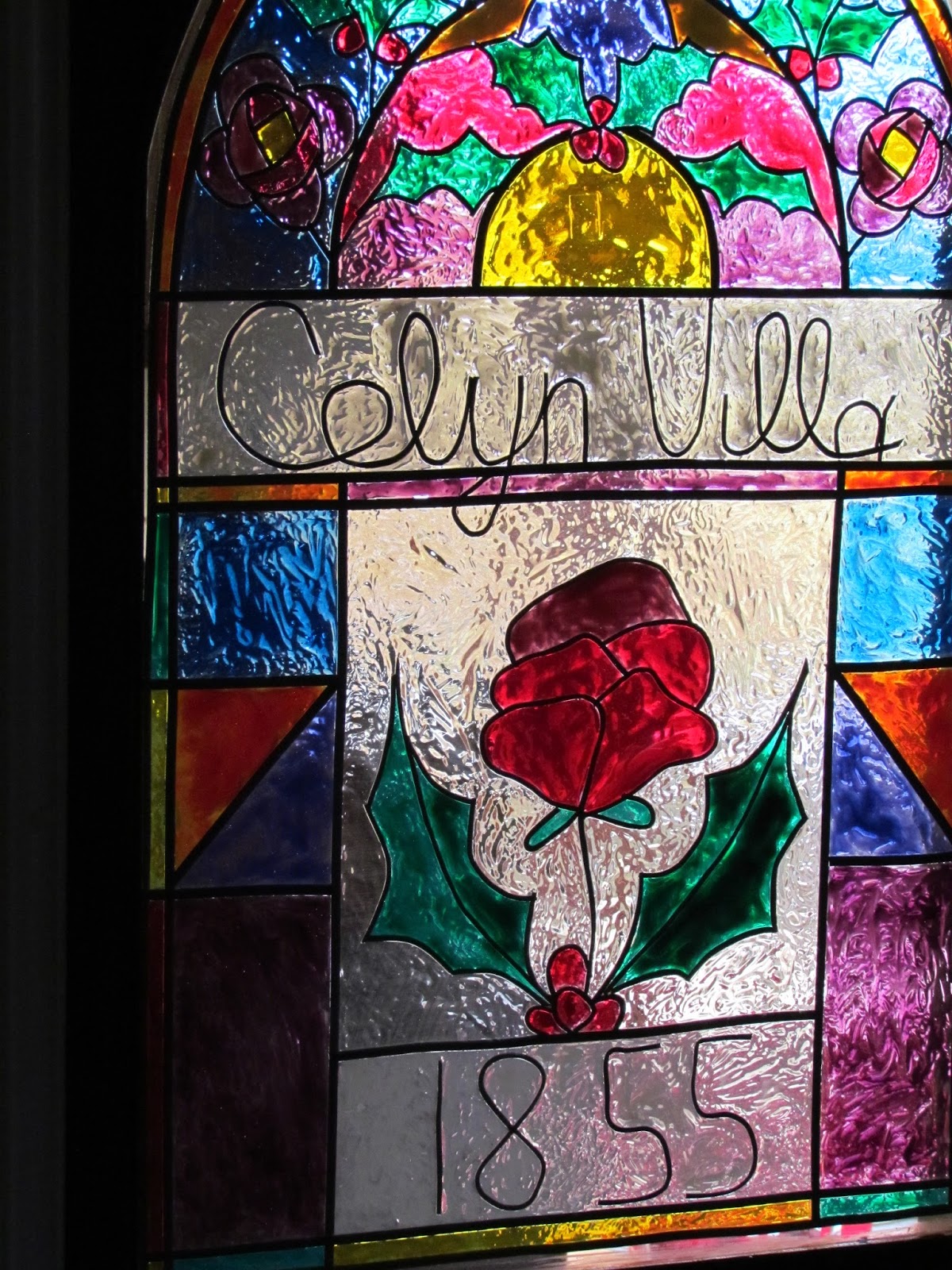 When guests ask how old our house is, we point then in the direction of our stained glass door. It says 1855, but we know  the house is older, it's just that the deeds only go back that far.  We have seen it on older maps. There is also a farm opposite with a similar name that is mentioned in the Doomsday book - so who knows.

An ingot of stamped Roman Lead was found about 300 yards away where it probably fell off a cart on route to Greenfield Docks.   (Now it resides in the Grosvenor Museum in Chester). So there may have been a house here then!
It's just a good job we have made a few improvements since then!  In fact as I type this Les is busy in the Lilac Room making some improvements.
Posted by Paulene at 07:10 No comments: